Upskirting is a form of non-consensual, image based sexual abuse – put simply, it is the disturbingly invasive act of taking a photograph up someone’s skirt without their permission. In mid-June the government announced that it would finally introduce legislation to make upskirting a criminal offense, thanks to the tireless campaigning of Gina Martin and her lawyer, Ryan. The Prime Minister assured that the offense will be punishable by up to two years in prison and the worst perpetrators will be placed on the Sex Offenders’ Register. Rightly bloody so.

It seems remarkable that such a lewd invasion of privacy has only just been recognised as a crime in its own right. Before the introduction of the much needed legislation, perpetrators could be prosecuted under a haphazard myriad patchwork of existing laws (for example, outraging public decency), but victims of upskirting contest that without a tailored law perpetrators  go unpunished and the victims are not recognised.
I have followed the progress of the anti-upskirting trailblazer, Gina Martin (@beaniegigi), throughout her campaign. When I first stumbled across her petition I had never heard of term ‘upskirting’ before. Yet, when I read the definition I had a hot flush of recognition. I was taken back to an incident that happened on a camping holiday in France, when I was 16. I remember walking into a quiet French town with my sister and our friend, when a man brushed past us a little too close. I remember hearing a shutter sound and then his phone sliding into his pocket as he emerged in front of us. I will never know if one of us was ‘upskirted’, as that is the precise nature of the crime. I do know the prickling anxiety that it sent up my body, as I toyed with the idea that a grown man may have just violated my privacy… and there was nothing I could do about it. It made me realise upskirting could be a surprisingly common occurrence. Perhaps thousands of other young women have experienced upskirting. With little they can do in the moment, it resides in the backlog of ‘sexual assault I’ll deal with at some point’ part of our brains. 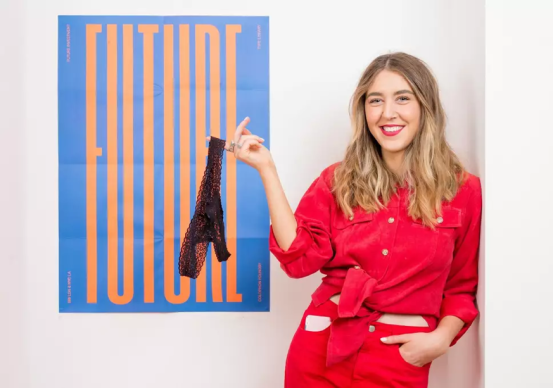 The power imbalance in an upskirting incident is palpable – first the victim must grapple with the fact that the creep may not have just photographed them; how can you be 100% sure? Once they have established that the creep has in fact photographed them (as Gina discovered when she saw the photograph being distributed around her in a festival crowd), the victim must then decide whether to confront the perpetrator. Considering the majority of upskirting incidences probably include an audacious, entitled man (by nature of the crime, you aren’t a decent person) thinking he has the right to any woman’s body, it seems like a dangerous decision to confront them. I would like to think that as an outspoken feminist I would have the confidence to challenge an upskirting perpetrator, but it is never that easy. Navigating through life as a woman has instilled in me (as in most others) a sense of wariness when confronting men – especially entitled, misogynistic men. In Gina’s case, she confronted her perpetrator without hesitation and boldly presented the phone and photo to a nearby police officer. In her situation she had every right to assume that this vile invasion of privacy would be punishable – yet, her bold efforts were thwarted when the officer told her all he could do was delete the photo because she was wearing underwear. This is why the new legislation is vital – in the split-second physical interaction between the upskirting offender and victim, the balance is often in favour of the male (often merely physically… god damn nature). This new law will now act as a legislative protective armour for victims, giving them watertight clout when confronting their offender.

This legislation is a step in the right direction. Gina Martin has paved the way for a more open and passionate conversation about women’s rights in a world where smartphone imagery is ubiquitous and ever-changing. There are still unacceptable loopholes when it comes to non-consensual image based sexual abuse. The upskirting bill focuses on intentions of the perpetrator: to be prosecuted seamlessly they need to have taken the image for sexual gratification, to humiliate, alarm and/or distress the victim. BBC Radio 4’s Women’s Hour suggests that there is more to do. Would the new bill cover prosecution if they do it for financial gain or fun? Without a clause for financial gain as an intention, are brazen paparazzi upskirt shots still unpunishable? Time will tell.

I wholeheartedly recommend giving Gina Martin (@beaniegigi) a follow on her social media accounts – she is a mega-babe and womankind owe her a lot of love and gratitude. Plus, her Instagram is not only feminist-af but also ridiculously aesthetically beautiful. She is a force to be reckoned with. The government just learnt that.