What Beyoncé Taught Me 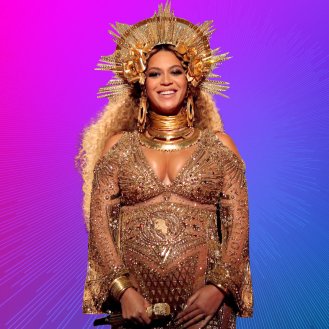 I cried when I first saw Queen Bee perform live. It was March 2014 at the London O2 Arena, and the Mrs Carter Show was everything I had hoped for and more. From seamless dance sequences to exquisite videography, the whole spectacle was captivating. And when Beyoncé sat down at the edge of the stage and sang Halo to fans in the front row, I couldn’t hold back the tears.

Fast forward four years and Bey’s taken a daring artistic direction. The On The Run II world tour sees Jay-Z join his wife on stage and the pair appear united after being hounded by infidelity rumours, which Jay discussed openly last year with Dean Baquet, executive editor at the New York Times.

Beyoncé’s performance struck a slightly different chord when I saw her at the Olympic Stadium this June. Singing hits from Lemonade, the album which implicitly confirmed the truth of those infidelity rumours in 2016, the couple put their private life centre stage and didn’t shy away from the pain both have clearly faced in recent years.

What has been astonishing to me, and many others I’m sure, is not only that anyone would even contemplate cheating on Queen Bee (I consider her my role model and idol – albeit alongside Bridget Jones)… it’s Beyoncé’s response to what has happened: her dignity, vulnerability, openness and honesty is, as far as I’m concerned, truly inspiring. The couple have said their art became a kind of therapy for them, and rather than hide their pain, they allowed it to fuel their creativity collaboratively.

Leaving the concert on June 15th, thinking about the star-struck and sobbing nineteen-year-old me of four years before, I realised just how much Beyoncé has taught me about becoming a woman – and how much we can all still learn from her, regardless of gender:

Be Your Own Best Friend

That’s what I found out

And it ain’t no need to cry, I took a vow that from now on

I’m gon’ my own best friend

Make a vow to yourself, promise to be there and take on the role of personal cheerleader. Like that mascot in the corner or the pal who’s always on the end of the phone with words of wisdom, support yourself as you would a best friend. As in ‘Me, Myself and I’, building a friendship with yourself might initially come from a place of pain, but it may become the one relationship you’ll always unquestionably rely on.

‘Best Revenge is Your Paper’

Beyoncé’s often spoken about ending her professional relationship with her father and former manager, Mathew Knowles, and becoming her own boss. With the split came economic independence, and she’s gone on to build an empire from hard work and talent. In ‘Formation’, we’re reminded “best revenge is your paper”. Get money-savvy and take control of your finances. Whether it’s upping your professional skill-set or asking your boss for that pay-rise you  know you deserve, there are many ways to turn your talent into pounds. Recognise the power in your paper and go for it! 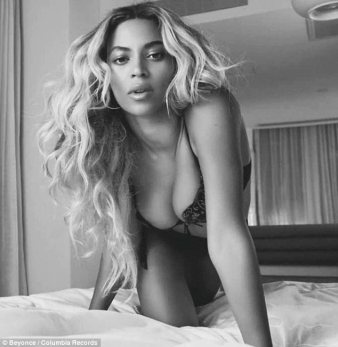 Sexy isn’t defined by anyone else. It’s about how you feel, and how you wear that confidence. That Freakum dress in the wardrobe? You bought that for you, so rock it for you. Maybe I’m more of a prude than I realised, but I found ‘Partition’ and ‘Blow’ pretty explicit when I first heard them (19-year-old me pops up again). Now I sing ‘He Monica Lewinski’d all on my gown’ as loudly as possible in the club, the shower – actually, at any given opportunity. B taught me that being sexy essentially comes down to confidence, something we all learn to negotiate for ourselves.

There’s no Shame in Crying

During On the Run II, Beyoncé sat at the end of the stage in a stunning ball gown. Lights down, backing dancers and band gone, it was just her and the crowd as she sang ‘Resentment’. Written before she and Jay were even married, the song now has a particular poignancy, and the singer had tears in her eyes as she threw everything she had into the performance. From a space of vulnerability, she demonstrated that strength can always be found, and that beautiful things can come from painful, emotional honesty. 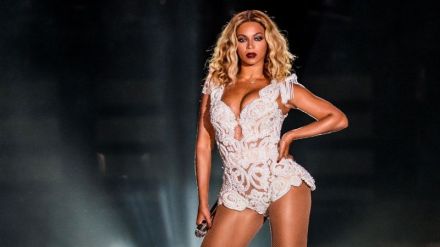 ‘Forward’ is just over a minute long, but it’s a striking transition on the Lemonade album. James Blake’s heavenly vocals tell us to look forward: “It’s time to listen, it’s time to fight”. Facing forward as Bey and Jay continue to do each night they perform on this tour, they’ve faced up to new roles, both as artists and partners, and continued to move forward together. It’s a simple message, but one that reminds us that’s more ahead and it’s ours to shape.

Winners Don’t Quit On Themselves

Finally, resoundingly, the message that stuck with me after the show came from the anthem ‘Freedom’. Take a hit, get back up, and keep running: that’s what makes a winner. It takes time to build up resilience, and somethings will always unavoidably knock you sideways. As Jay-Z’s grandmother says on the album, “I was served lemons, but I made Lemonade”. Never underestimate what you have, what’s within and what lies ahead for you.

These are just a few things I’ve realised as a life-long Beyoncé superfan. There’s many more where that came from, and I’d love to hear yours. In the meantime, I’ll be the one booty-shaking furiously in the corner on Friday night…